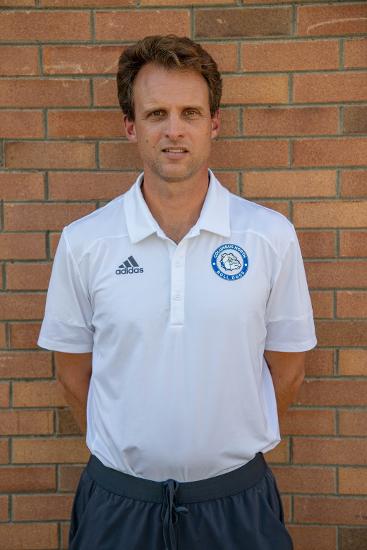 May 31, 2022 - Columbus North Athletics is pleased to welcome Andy Keffaber as the new boys cross country coach.  Keffaber takes over for Danny Fisher who resigned earlier this spring.  Keffaber had been Fisher’s assistant for the past five years and is an assistant track and field coach under Rick Sluder as well.  Keffaber will be joined on the staff by long-time Columbus North cross country coach Rick Weinheimer who will be returning to the program as an assistant coach.  Sluder and Keffaber will work together to oversee both boys and girls programs with Weinheimer and Leslie Weaver working closely with them.

Keffaber has been a science teacher at Columbus North since 2015 after teaching and coaching at Westfield following graduation from Purdue in 2000.  His previous coaching experiences include middle school track for 14 years at Westfield and was an assistant cross country coach at Westfield High School.

Athletic Director Brian Lewis is pleased to have Keffaber take over the boys cross country program. “It’s been great getting to know Andy better over the last couple of months,” Lewis explained. “He will bring great energy and experience to our program.  Andy will lead our young men in a positive and successful direction.”

Keffaber is thrilled to begin his new role.  “The most exciting thing for me is getting to work with this phenomenal staff.  The student athletes for both the boys and girls teams have worked really hard and have developed outstanding leadership skills.  The program and system that we already have in place gives us a great foundation that we can keep making better,” Keffaber reflected.

Photo: Andy Keffaber has been named boys cross country head coach after serving as an assistant for the previous five seasons.