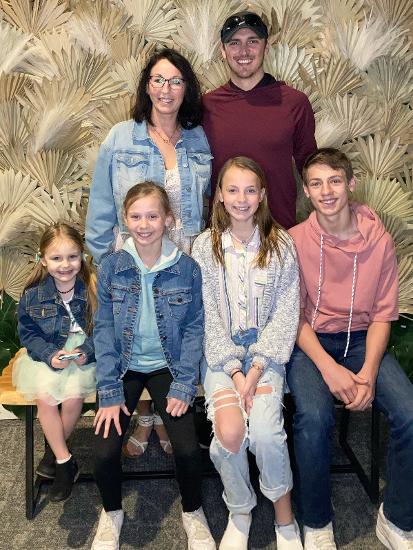 May 31, 2022 - Columbus North High School has selected Logan Haston as its new head football coach, replacing Tim Bless, who resigned in early May.  The recommendation will be sent to the BCSC school board at its next meeting for official approval.  Haston comes to Columbus from his coaching and teaching roles at Fishers High School, where he has served as Offensive Coordinator and quarterbacks coach since 2020.  Previous coaching stops for Haston include one year at Hamilton Southeastern, where he served as assistant head coach, and three years at Manchester University, serving as quarterbacks coach, JV Offensive Coordinator, and Academic Coordinator.

Athletic Director Brian Lewis is pleased to welcome North’s newest coaching hire. “Columbus North is excited to announce Logan Haston as our new head football coach.  Logan has been around football since he was a little boy, with his father coaching football. Logan will bring great energy and a great deal of knowledge when it comes to the X's and O's of the game. One of the most exciting things to me about Logan is that he is willing to embrace what has been built here and also add his own ideas to the program. I'm excited to have him on board.”

Coach Haston is the son of a long-time football coach at Avon High School, and played at Avon, graduating in 2012.  He was team captain, AP Honorable Mention All-State, and two-time first team All-Conference.  He was 20-5 as a starting quarterback, winning two Sectional and one Regional championship.  He was awarded the NFF Scholar Athlete Award following his senior season.  Haston then went to Manchester University where he holds 12 individual school passing records.  He was a four-year letterwinner at Manchester, twice named All-Conference, and served as team captain. He was a NFF William V. Campbell Trophy semifinalist, and the All-State AFCA Good Works team nominee.

Haston earned a B.A. in Spanish Education and a minor in International Studies from Manchester University.  He also has a Physical Education endorsement.  He studied abroad at the University of Barcelona for one semester in 2015 where he volunteered at Barcelona High School, teaching English to students ages 15-18.  Haston’s specific teaching and other non-football duties at North High School will be determined in the near future..

Principal David Clark echoed Lewis’ sentiments. “Columbus North is excited to welcome Logan Haston to our team.  He has a firm grasp of the game of football. We believe that he will continue our tradition of excellence in the Bull Dog Nation and field a team that gives great effort on the field and in the classroom.”

Coach Haston could hardly contain his excitement when he commented, “I couldn’t be more excited to be joining Bull Dog Nation.  My family and I are eager to become members of this community and school.  I am thankful to the Columbus North administration for this amazing opportunity, and I can’t wait to get to work with our players and staff.”

Haston is married to Jennifer and has four children, Luna (4), Karlie (11), Emma (12), and Jackson (15).  As a family, the Hastons enjoy camping and traveling in their converted school bus with their dog, Molly.  They love family movie nights and going from one sporting event or dance recital to another.

Haston will hit the ground running with Columbus North football as they have an in-house team camp scheduled for June 6-9 to introduce and install his playbook, and trips to IU’s one-day team camps June 14 and 16.