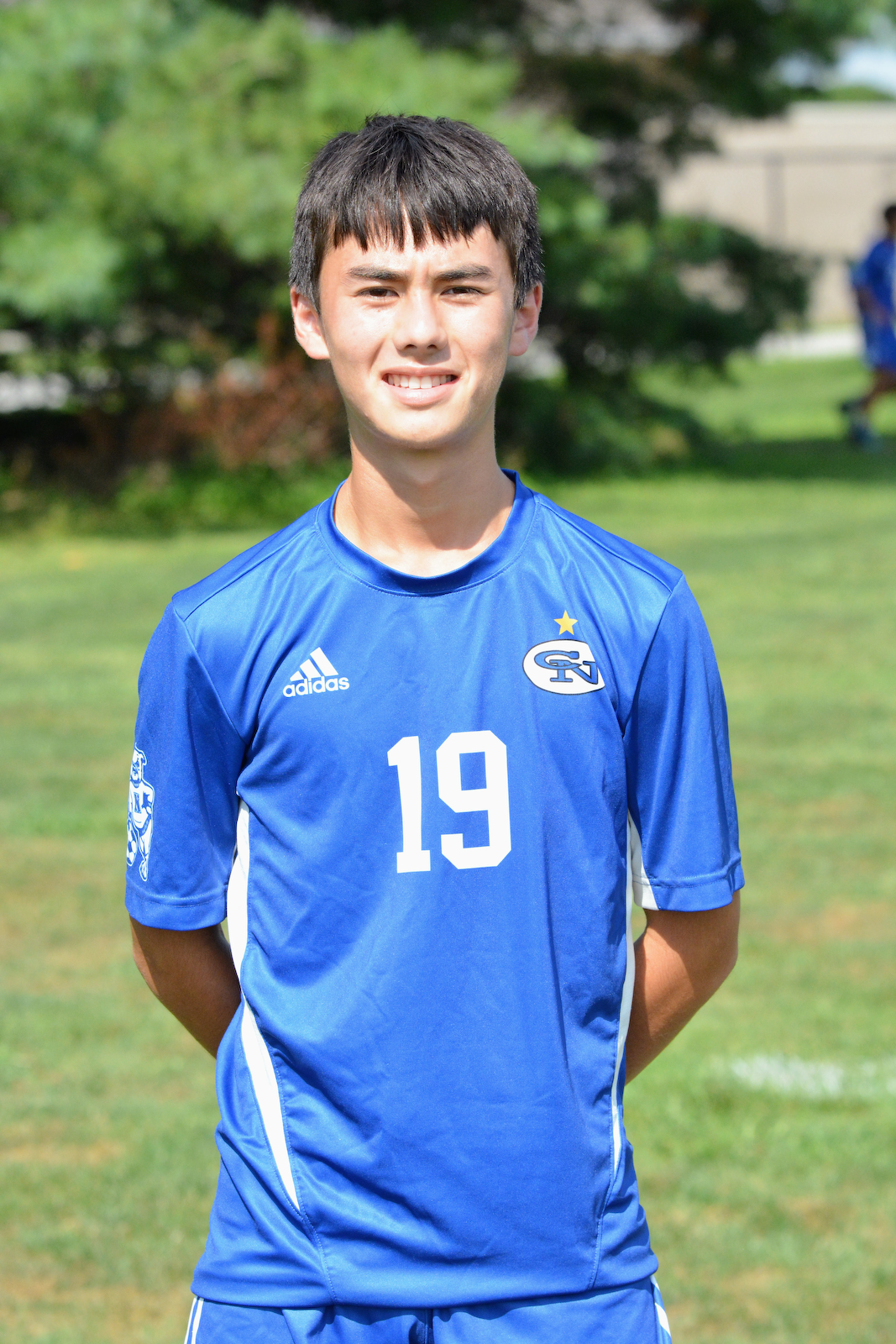 September 2, 2022 - The Columbus North boys soccer team, ranked tenth in Class 3A, hosted Cathedral on Thursday, September 1. The game was played on the Richard Wigh grass field south of the BCSC Soccer Complex due to a Columbus East match being played on the turf. The grass pitch which was the Dogs’ home field prior to the construction of the new stadium proved to still hold some Bull Dog magic as they knocked off Cathedral 1-0 to improve to 7-0-1 for the season. The match’s only score came after a Nico Gotoh shot in the first half from a Christian Cardoso pass that deflected off of a Cathedral player and into the net for an own goal. Max Grewe and Oscar Ballinas each kept goal for a half for the Bull Dogs and were each credited with two saves. The Bull Dogs outshot the Irish 15-5, with a 6-4 advantage in shots-on-goal. The JV team moved to 7-1 with a 1-0 victory in the early match. Madux Tovey had the lone score for the Bull Dogs. Columbus North will travel to Perry Meridian on Tuesday, September 6. The JV match will begin at 6:00 pm with the varsity to follow. Photo: Nico Gotoh had a first half shot deflect off of a Cathedral player for an own goal leading the Dogs to a 1-0 victory on September 1. The Bull Dogs improved to 7-0-1 for the season.