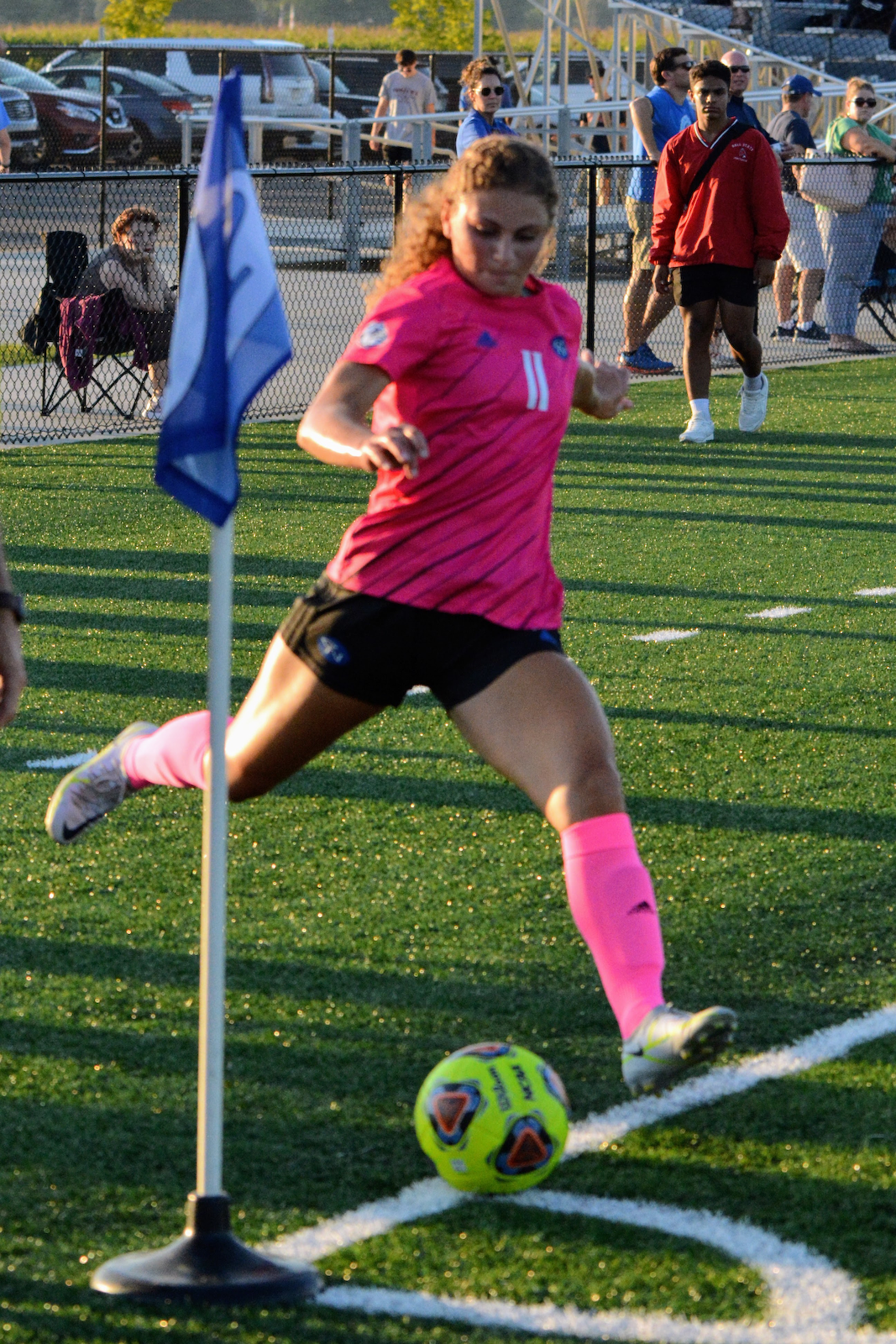 September 8, 2022 - Head coach David Young collected his 50th victory with Columbus North and senior Lauren Barker tied a school record with six goals as Columbus North routed Southport 9-0 in a Conference Indiana showdown. Barker’s six goals tied a record held by Jenna Lang (in 2020), now playing at the University of Michigan, and Lindsey Fox, who did it twice in 2004. Barker’s 48 career goals moves her to seventh on the all-time scoring list at Columbus North. Adding goals for the Bull Dogs (3-3-2, 1-0-1) against Southport were Page Mora and Kara Kolhouse, who had a pair of goals. Assists were credited to Amelia Corney, Greta Schuetz (2), and Barker. Erica Kaufman and Mallory Gilley combined for the shutout in goal. The JV team beat Southport in the early game 3-1. Paige Terry had two goals, and Lily Priest added a score for the Dogs, who improved to 6-2-1 (2-0). The Bull Dogs will be back on the pitch this evening (September 8) at Roncalli. JV begins at 5:30 pm with varsity to follow around 7:00. Photo: Lauren Barker, shown here against Franklin Community earlier this season, tied a school record with six goals in a 9-0 victory over Southport.