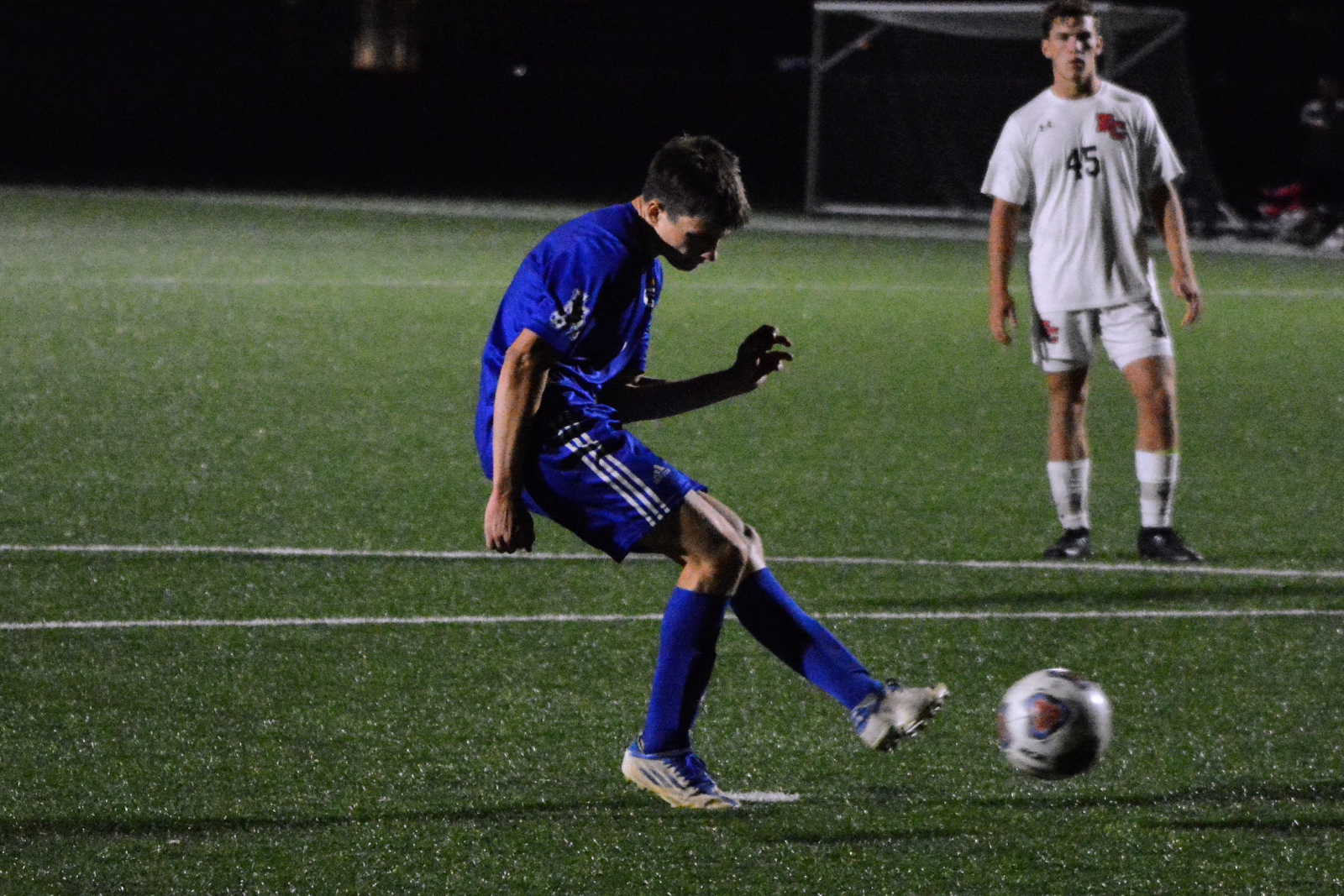 September 13, 2022 - A late penalty kick by Flynn Keele in the 77th minute gave the Bull Dogs a 2-1 victory over East Central in boys soccer on Monday evening (September 12). The PK came after East Central’s goalkeeper was called for a foul in the box and issued a yellow card. The Bull Dogs (9-1-1) broke a scoreless halftime tie with a Nico Gotoh goal less than two minutes into the second half (assisted by Trent Liggett). East Central answered with a header off of a corner kick seven minutes later. North outshot the Trojans 15-12 (6-5 on frame). Max Grewe and Oscar Ballinas again split time in goal for the Dogs with Ballinas being credited with four saves and one goal against. The JV team (8-2) beat East Central 4-0 in the early game. The seventh-ranked Bull Dogs will host Terre Haute North on Saturday after a JV-only matchup with Perry Meridian on Wednesday evening at the BCSC Soccer Complex. Photo: Flynn Keele connects on a penalty kick in the 77th minute to give the Bull Dogs a 2-1 victory over East Central on Monday evening.