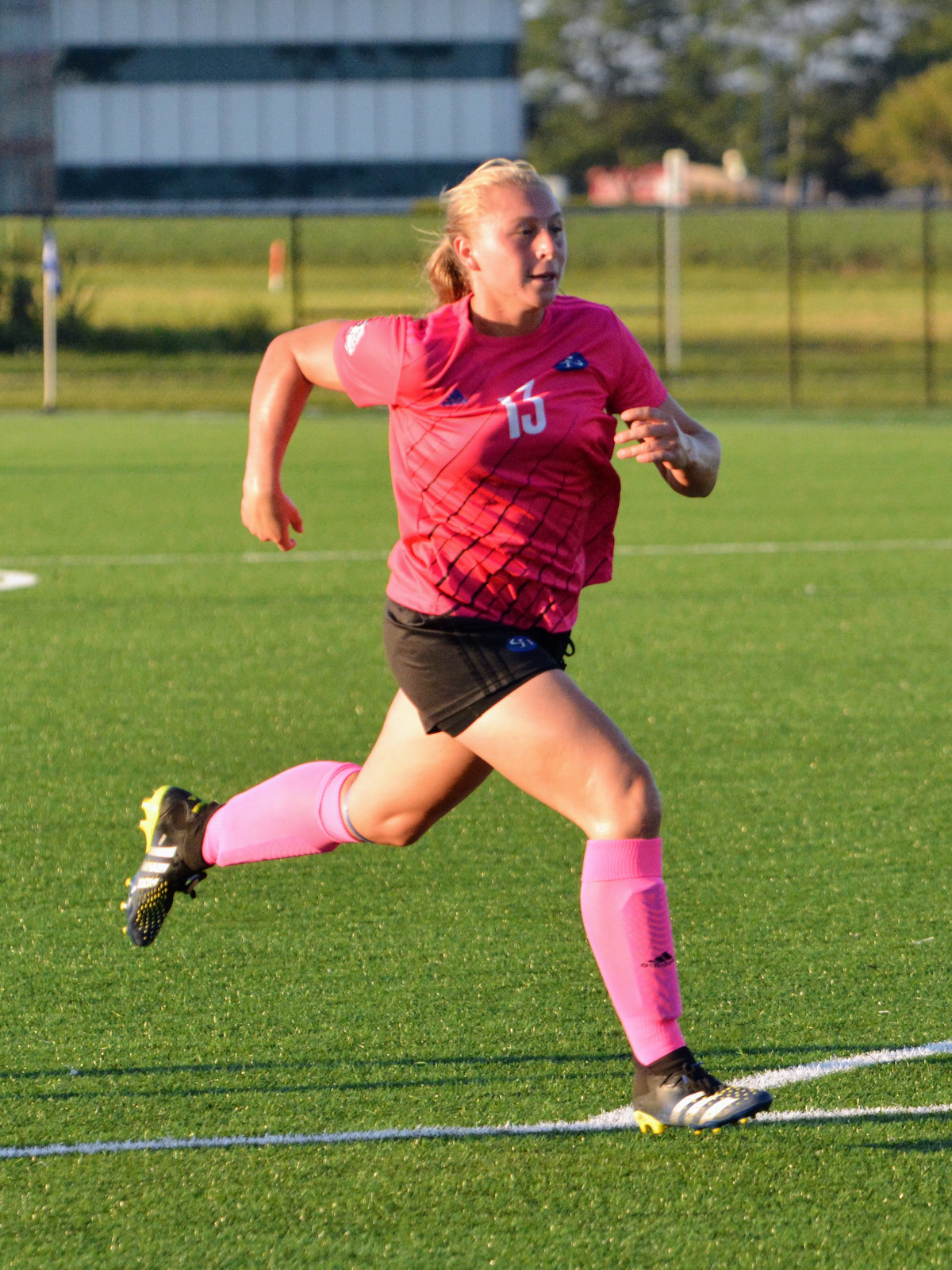 September 13, 2022 - Columbus North improved to 2-0-1 in Conference Indiana (5-4-2 overall) with a 1-0 girls soccer victory at Bloomington North on Monday evening (September 12). Senior Maddi Rutan found the net midway through the second half to break a scoreless tie. Mal Gilley had five saves in goal for the Dogs. The JV team started the evening with a 2-0 victory. Anell Trinidad and Srilakshmi Srivathsan each had scores for the Dogs. Erica Kaufman had a one-save shutout in goal. Columbus North will host Terre Haute North on Saturday morning with the varsity team playing at the BCSC Soccer Complex at noon, followed by the 2:00 JV game at Richard Wigh. Photo: Maddi Rutan (shown here in a match earlier this season) had the match’s only goal midway through the second half against Bloomington North to give the Dogs a 1-0 victory.