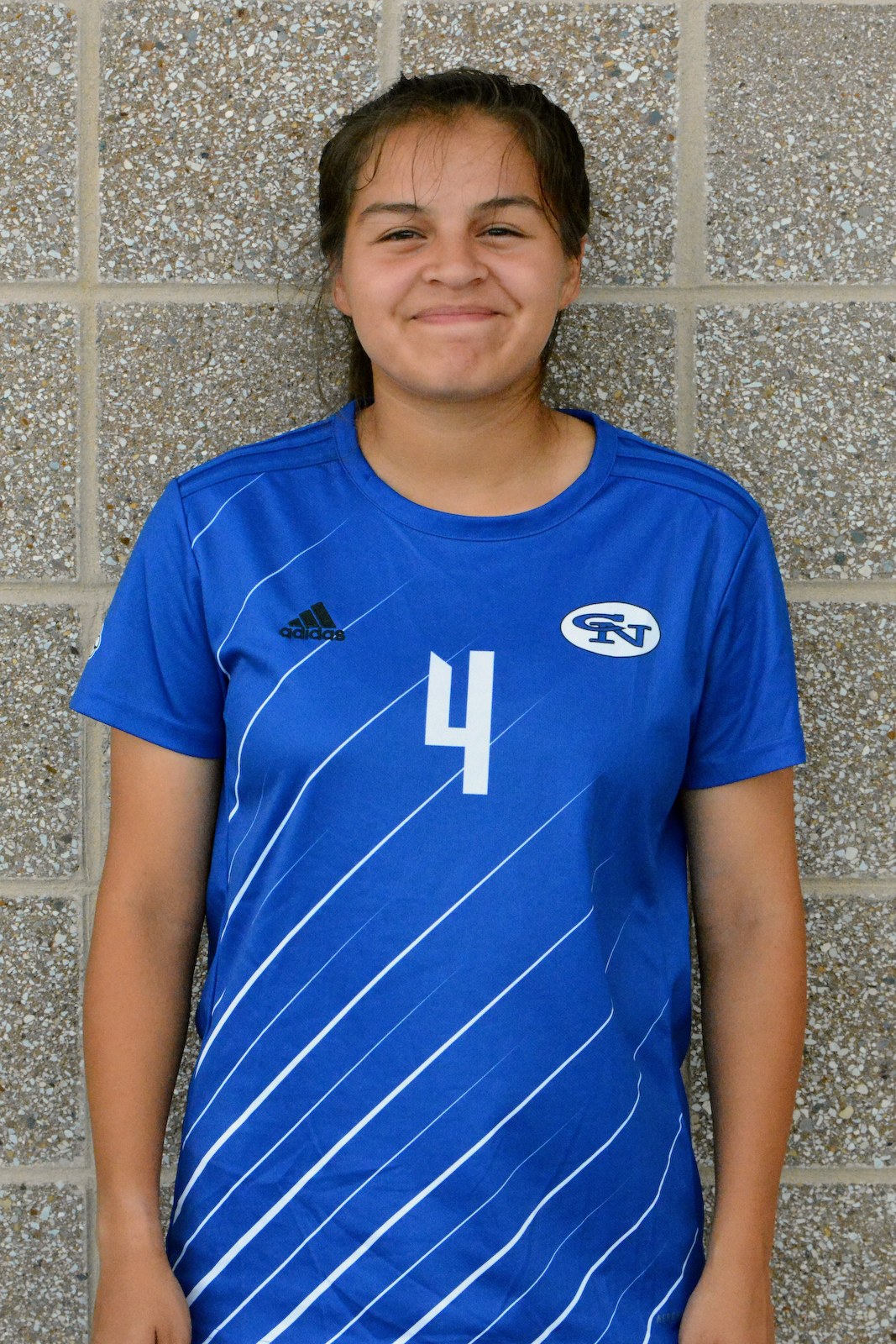 September 22, 2022 - A game that was postponed due to thunderstorms on August 29 was delayed again by lightning on Wednesday, September 21. After approximately 60 minutes of delays due to lightning in the area, the match between Plainfield and Columbus North varsity girls soccer teams kicked off and the teams battled to a 1-1 draw. After a scoreless first half, Plainfield got on the board first with just over 27 minutes to play. The Dogs finally answered with 4:32 remaining as Page Mora found the net with an assist from Charlotte Loheide to even the match. Mal Gilley had six saves in goal for the Bull Dogs. Plainfield held the edge over the Bull Dogs 7-4 in shots-on-goal for the match. The Dogs (5-5-3) will travel to Evansville North on Saturday, September 24. Photo: Page Mora had the Bull Dogs’ lone goal in a 1-1 draw with Plainfield on Sept 21.