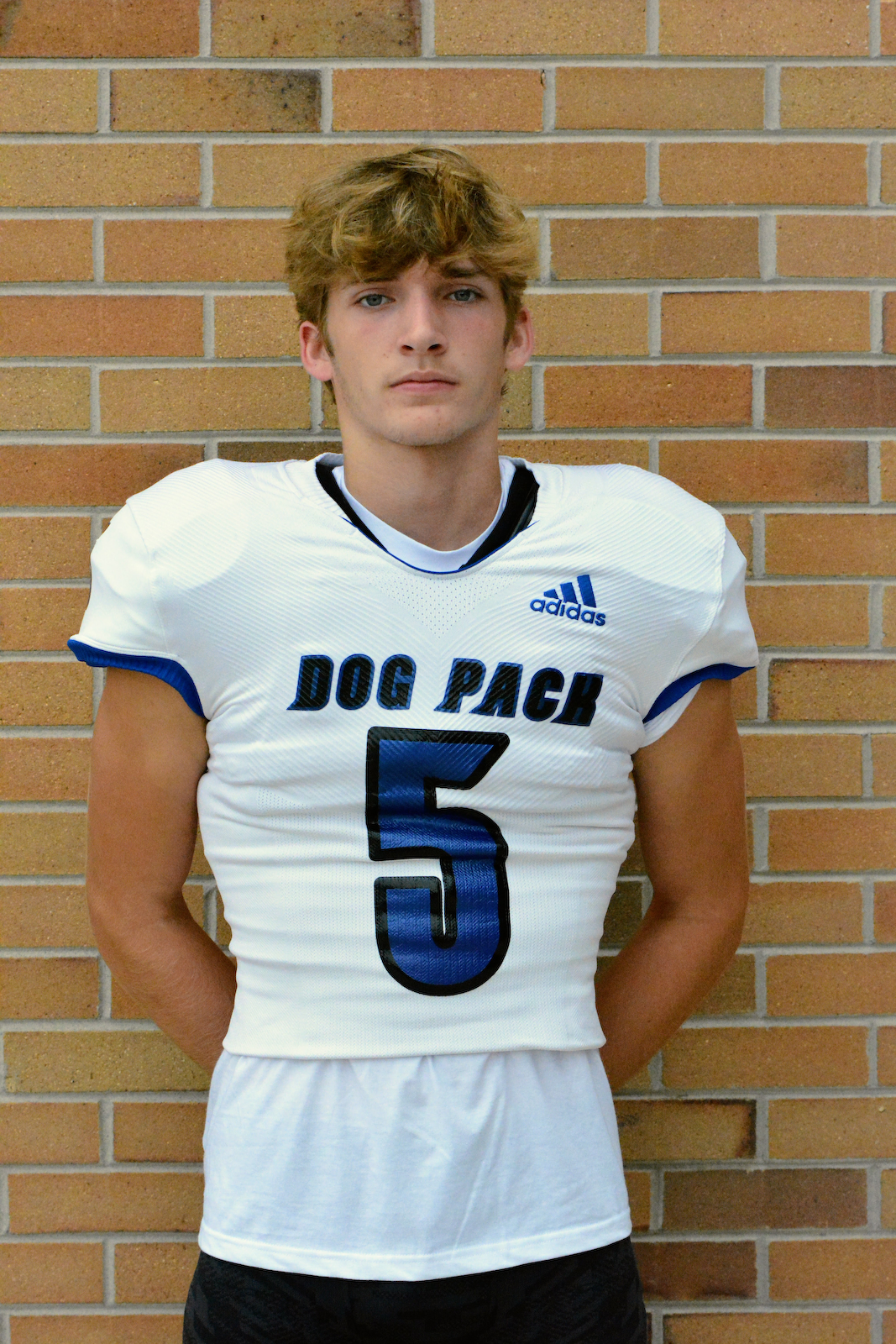 September 24, 2022 - After one quarter between Columbus North and Terre Haute North, it appeared as though the Bull Dogs would cruise to an easy Homecoming victory. A wild finish down the stretch and a last-second touchdown helped the Dogs secure a 41-35 victory, improving to 3-3 overall and 2-0 in Conference Indiana. Up 21-0 after one quarter, the Patriots of Terre Haute North began gaining momentum and a 7-7 second quarter draw saw the home team take a 28-7 lead into halftime. The Patriots scored in the third quarter and then again on the first play of the fourth quarter to cut the Bull Dog lead to 28-21. The fireworks began halfway through the fourth quarter as the teams traded scores, penalties, and squib kicks until Zac Horn found Damon Edwards on a 40 yard touchdown pass with .9 second remaining to give the Bull Dogs a 41-35 Homecoming victory. Zac Horn was 24-for-34 passing for 338 yards and four touchdowns for the Bull Dogs (3-3, 2-0). Tyler Blythe rushed for 123 yards on 12 carries, and added 82 yards receiving on eight receptions. Cooper Horn had six catches for 113 yards and three touchdowns, and Edwards added five catches for 90 yards and the game-winning touchdown. Columbus North’s JV team (2-3, 1-0) beat Terre Haute North 42-14. Quarterback Hudson Elwood threw three touchdown passes (one to Braylon Thomann and two to Eli Smith) and ran for two more, while Jackson Haston and Eddy Lin each had interceptions for the defense. The Patriots did not have a freshmen team, so the Bull Dogs faced Mooresville and won 40-30 to improve to 4-2. North will travel to Bloomington South on Friday, September 30 for a key Conference Indiana matchup. Photo: Damon Edwards caught five passes for 90 yards and the game-winning touchdown from Zac Horn with .9 seconds remaining as the Bull Dogs beat Terre Haute North 41-35 at the Homecoming game.