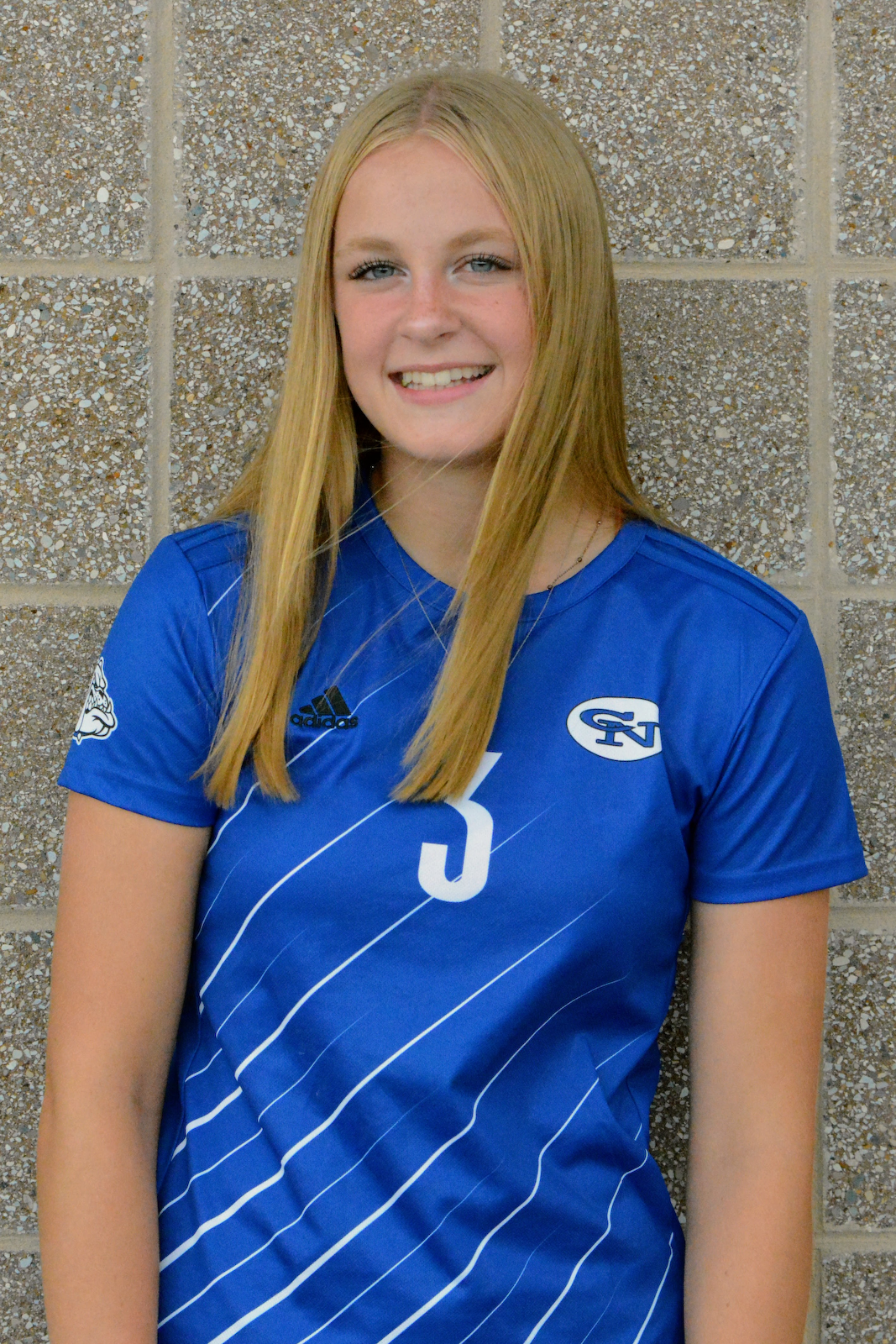 September 28, 2022 - Bull Dog Paige Terry had quite a night for Columbus North girls soccer at Batesville on Tuesday evening. Terry score three first-half goals in the JV match and then scored the only goal of the game in the first half of the varsity match to lead the Bull Dogs to a 1-0 victory over the Class 2A twelfth-ranked Batesville Bulldogs. Mal Gilley had four saves in goal for the Bull Dogs, who finished their regular season 7-5-3 and will begin Sectional play next week. The JV Bull Dogs beat Batesville 3-0 to finish their season 11-3-1. Photo: Paige Terry had a first half hat trick in the JV game and scored the Bull Dogs’ only goal in a 1-0 shutout victory at Batesville on Tuesday, September 27.