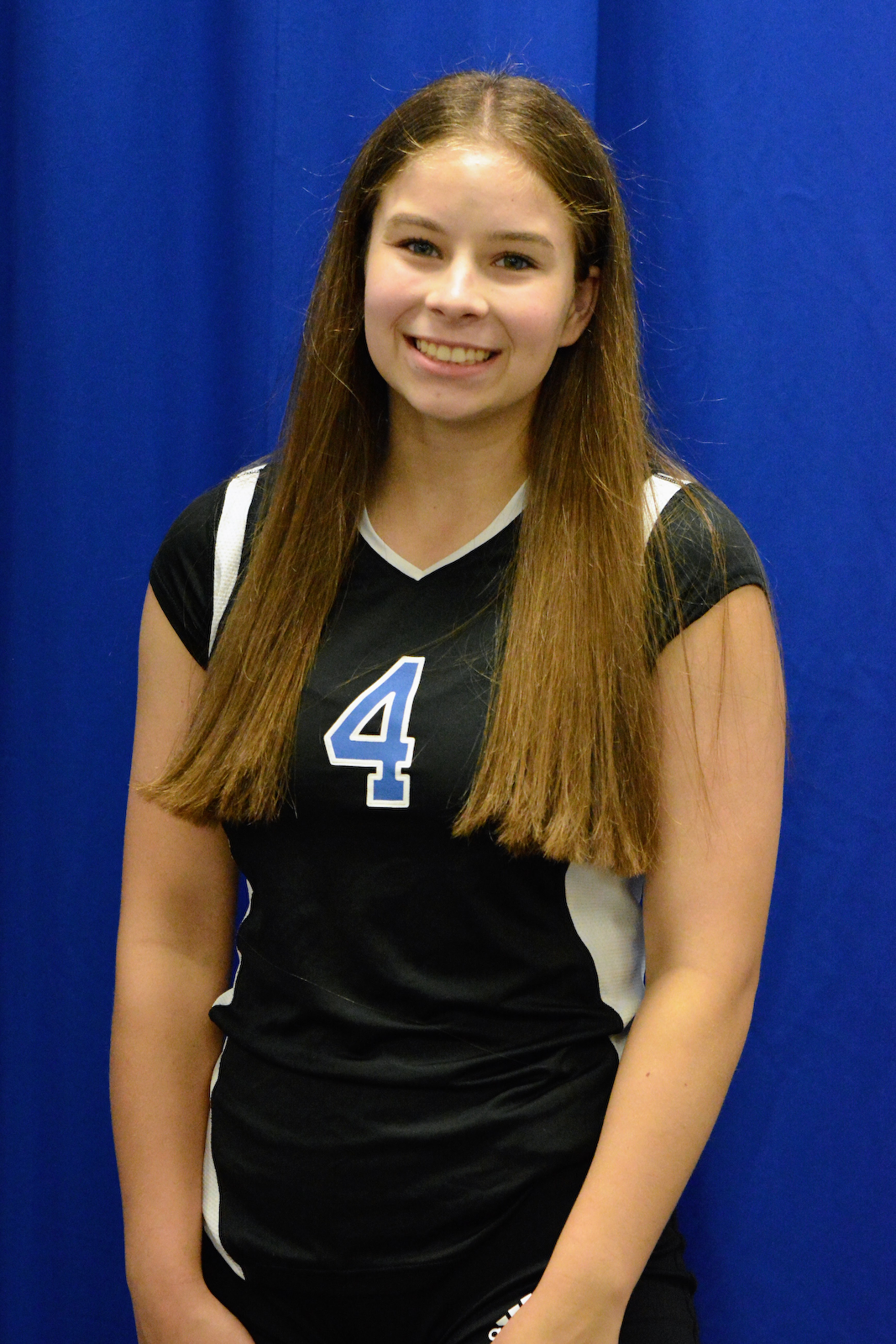 October 5, 2022 - One thousand is a significant statistical milestone in most sports. One thousand yards rushing in football or one thousand points in basketball, for example. Bull Dog Emily Stair recorded her one thousandth career varsity dig against Bloomington South on Tuesday evening. Stair’s milestone came on set point in the second match at Bloomington South, giving the Bull Dogs a 25-22 victory in that set Unfortunately, the Panthers took the other three sets (14-25, 18-25, 21-25) to drop the Bull Dogs to 11-14 for the season. Karen Dutro led the Dogs with eleven kills (Logan Branstetter added nine), and 14 blocks (Kennedy Horn chipped in seven). Emma Burns and Reese Edwards had twelve and eight assists, respectively, to lead the Dogs in that category. Stair finished with 23 digs for the match. The JV team (8-6, 1-3) have now won five of their last six matches after a 2-1 victory in the early game. The C-team, who had won six straight, fell to the Panthers 0-2 to drop to 8-6 (1-1). The Bull Dogs will travel to Franklin Community for a match with the Grizzly Cubs. JV and C-teams begin at 6:00 pm with varsity to follow around 7:30. Photo: Emily Stair recorded her 1000th career varsity dig in a match against Bloomington South on October 4.