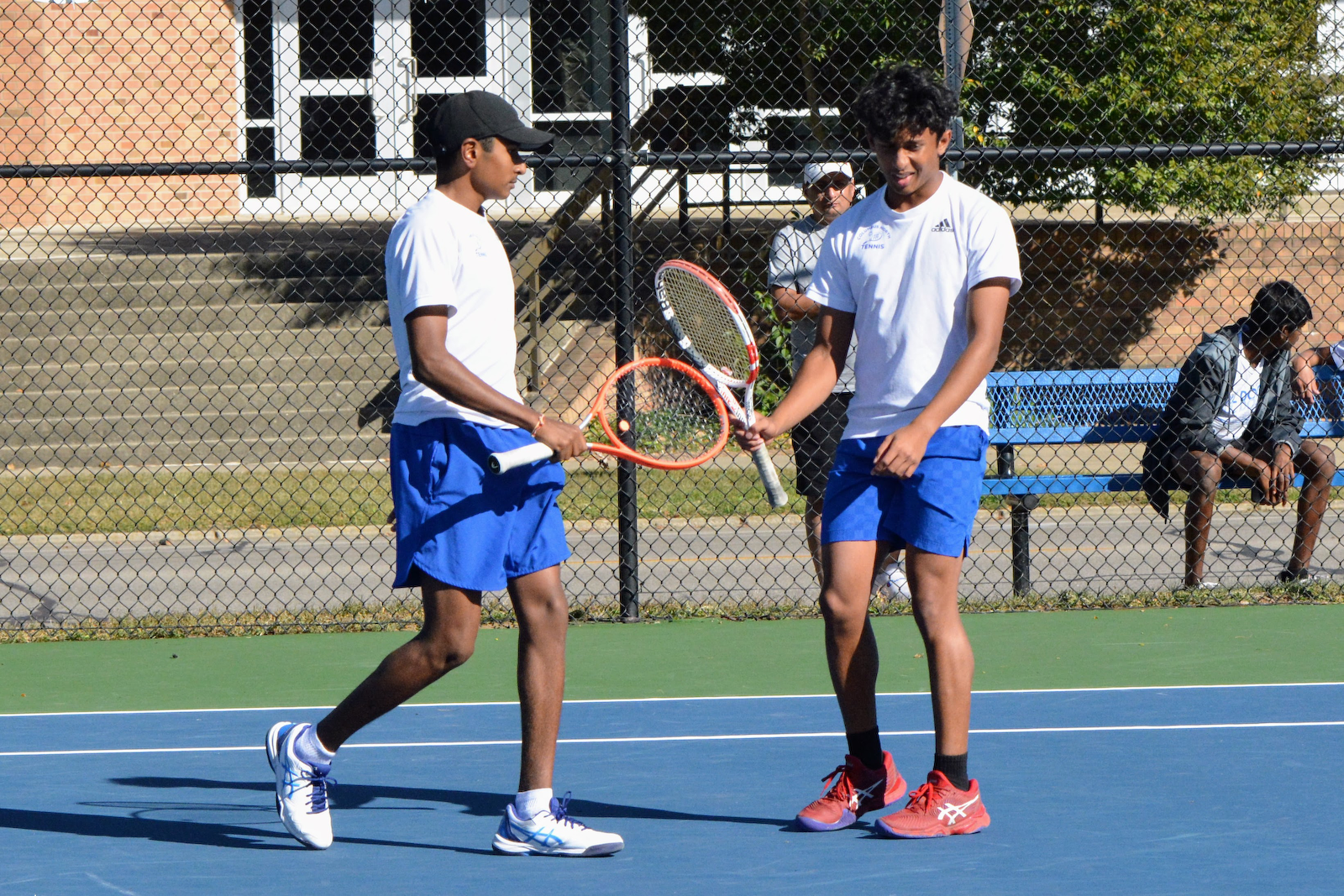 October 6, 2022 - The Columbus North boys tennis team, ranked fourth in the state, held off the ninth-ranked Panthers of Bloomington South by a score of 3-2 to secure its fifth consecutive Regional title. The Panthers got on the board first with a victory at two singles, but the Bull Dogs rallied to secure the next two matches. First, a 6-1, 6-1 victory by Amrit Kar and Anvay Atram at two doubles followed by a 6-2, 6-3 victory by Hank Lin at one singles. Both of these positions remain undefeated for the season for the Bull Dogs. The Panthers grabbed a victory at the three singles match, setting up the two doubles as the deciding contest. Parth Shah and Parth Gupta won the first set 6-4, but trailed South’s team 3-4 in the second set before rallying to win the last three points, the second set, and the match (6-4, 6-4). Next up for the Bull Dogs will be a matchup with Evansville Memorial at the Jasper Semistate on Saturday, October 8 at 11:00 am. The winner of that match will face either Harrison or Penn at the Carmel State Quarterfinals on October 14. Photo: Parth Shah and Parth Gupta, shown here in a Sectional match last week, won the two doubles match against Bloomington South to secure the fifth consecutive Regional title for Columbus North.