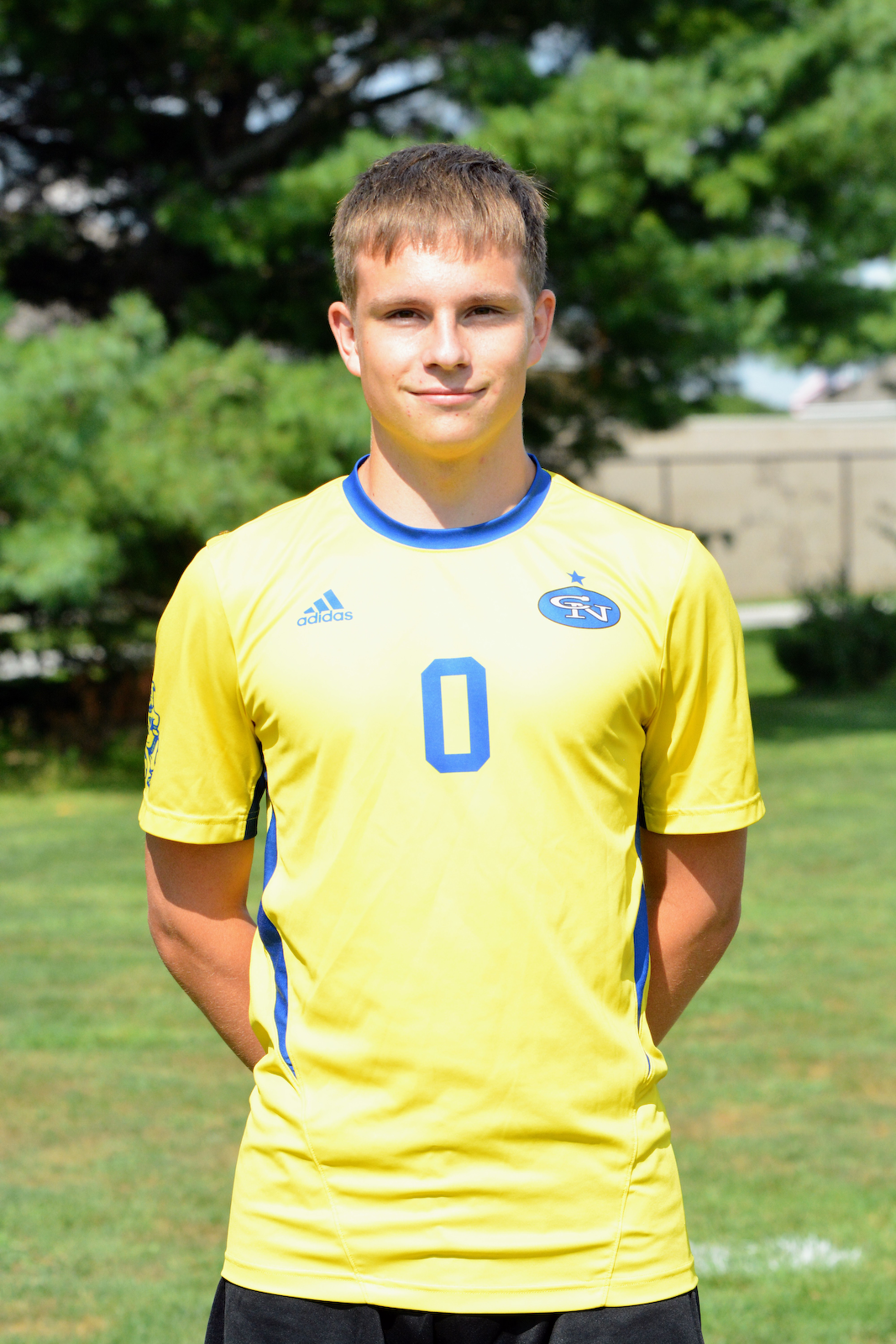 October 6, 2022 - Coming off an emotional and physical victory over Columbus East on Tuesday evening, the Bull Dogs found themselves in a 1-0 deficit just 90 seconds into its second round matchup with Roncalli. The Bull Dogs (15-1-1) rallied and dominated the remainder of the match, securing a 2-1 victory and a trip to Saturday’s Sectional championship game. After the early Roncalli goal, coming from a header off of a corner kick, Nathan Imlay knotted the match 1-1 with a goal in the 25th minute. Aidan Whitley then scored in the 30th minute from an assist from Imlay to take a 2-1 lead, which would ultimately become the final score. The Dogs outshot the Royals 21-10 for the match, including a 11-5 advantage in shots-on-goal. Oscar Ballinas and Max Grewe split time in goal for the Dogs and had one and three saves, respectively. Saturday’s Sectional championship match against Franklin Community (13-1-3) will begin at 7:00 pm at Roncalli High School. Photo: Goal keeper Max Grewe had three second-half saves in goal for the Dogs in a 2-1 victory over Roncalli.