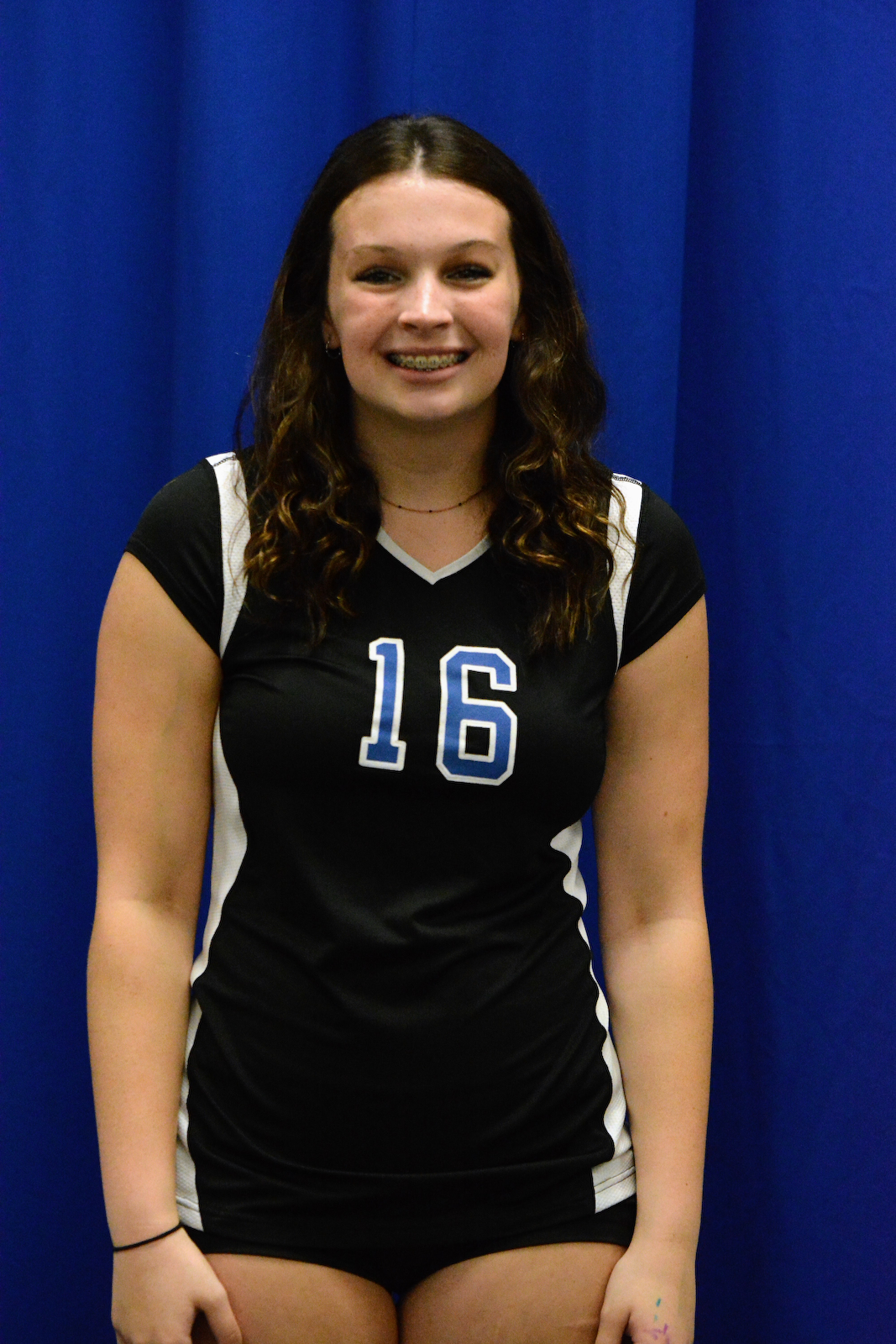 October 7, 2022 - In a preview of what could be a second-round Sectional matchup, the Bull Dogs traveled to Franklin to battle the Grizzly Cubs of Franklin Community (19-9). The Dogs battled, but were unable to overcome the Cubs' hard-swinging front line and fell in straight sets (21-25, 14-25, 23-25) to drop to 11-15 on the season. Kennedy Horn led the defensive front line with four blocks while Karen Dutro added three. Emily Stair, who passed the 1000 career dig milestone at Bloomington South earlier this week, added a team-high eleven digs against Franklin. Teammate Roselynn Venegas recorded eight digs as well. Dutro and Logan Branstetter combined for 17 kills (ten by Dutro and seven by Branstetter) to lead that offensive category. Reese Edwards had 13 assists for the match while Emma Burns chipped in nine. Franklin swept the early contests as well with a 2-0 victory over the Bull Dogs’ C-team (18-25, 13-25) and a 2-1 victory in the JV matchup. North will conclude its regular season with a JV/Varsity doubleheader at Terre Haute South on Saturday, beginning at 11:00 am. The varsity team will meet the winner of Thursday’s Franklin Community versus East Central matchup in the Columbus East Sectional on Saturday, October 15 at 11:00 am. Photo: Bull Dog Reese Edwards had 13 assists to lead Columbus North against Franklin Community on Thursday (October 6). The Dogs lost in three sets to the Grizzly Cubs.