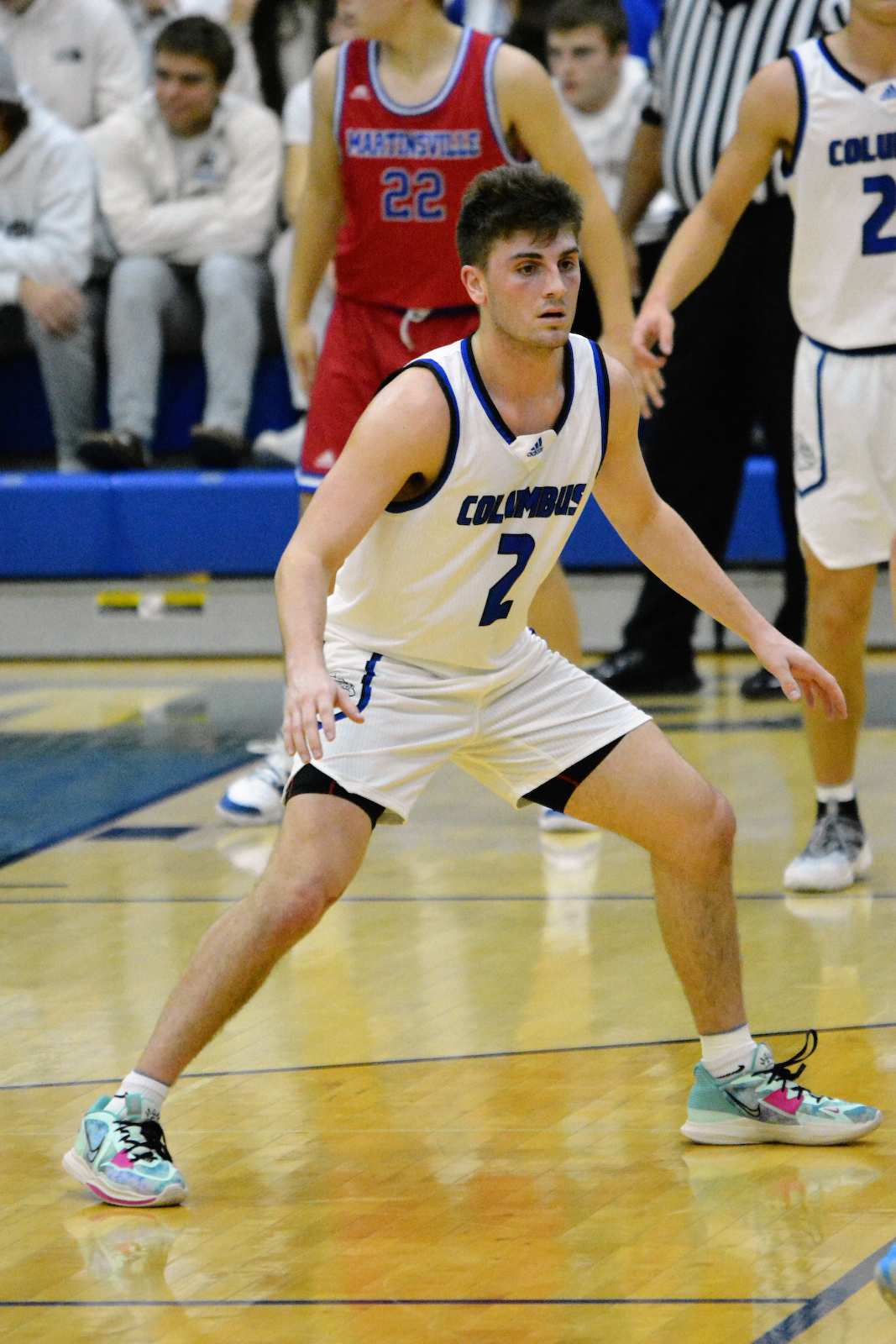 December 4, 2022 - Luke Harmon (shown) scored 19 points for the second straight night as Columbus North beat Martinsville 58-44, securing the team’s third straight victory after two losses to begin the season. Cooper Horn added 16 points for the Bull Dogs. The Artesians jumped out 5-0 to begin the game, but the Dogs settled in quickly and built a 24-16 lead at halftime. The second half was all Bull Dogs as North played its first home game of the season. Max Coomes had 17 points and Nate Enneking chipped in ten for the JV team who improved to 5-0 for the season with a 68-39 victory. The freshman team (4-1) won their fourth straight game with a 45-19 victory in the other early game. Sam Perry and Caleb Ferguson each tallied ten points to lead the Bull Dogs. The freshman team will play at home against Roncalli on Tuesday evening, December 6 at 6:00 pm before all three teams host Greenwood on Saturday, December 10.