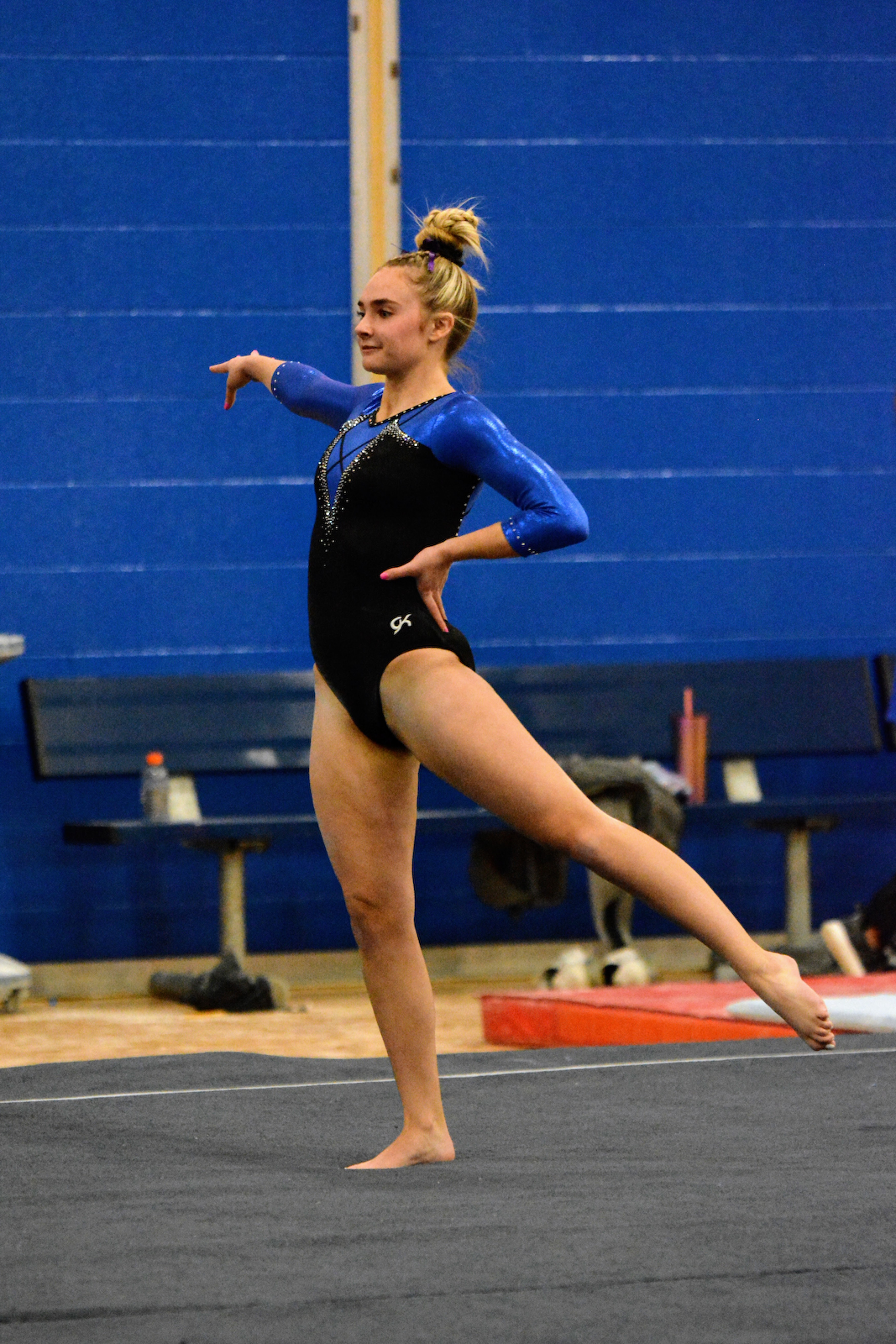 January 20, 2023 - Reese Euler swept all four events and the All-Around as the Bull Dog gymnasts beat the Dragons from New Palestine 105.15-98.35 on Thursday night (January 19) at Columbus North. Euler won vault (9.4) and her teammates Marieme Niang, Ellie McIntier, and Laney Acton claimed the next four spots to take a commanding lead after just one rotation. Lindsey Mullis took second and Acton third on the Uneven Bars as Euler won her second event (9.1). Euler won the Balance Beam (9.525) and Mullis grabbed a fourth-place spot in the event. Another top-three sweep in the Floor Exercise (Euler - 9.250, Mullis, and Acton) secured the victory, pushing the Dogs to 3-1 for the season. The top three All-Around scores belonged to the Bull Dogs, with Mullis and Acton following Euler’s 37.275. Next up for the Bull Dogs will be a trip to Bloomington to take on the Panthers of Bloomington South on Thursday, January 26, beginning at 7:00 pm. Photo: Reese Euler swept all four individual events plus the All-Around as the Bull Dogs beat New Palestine on Thursday night. The Dogs swept the top three spots in the All-Around.