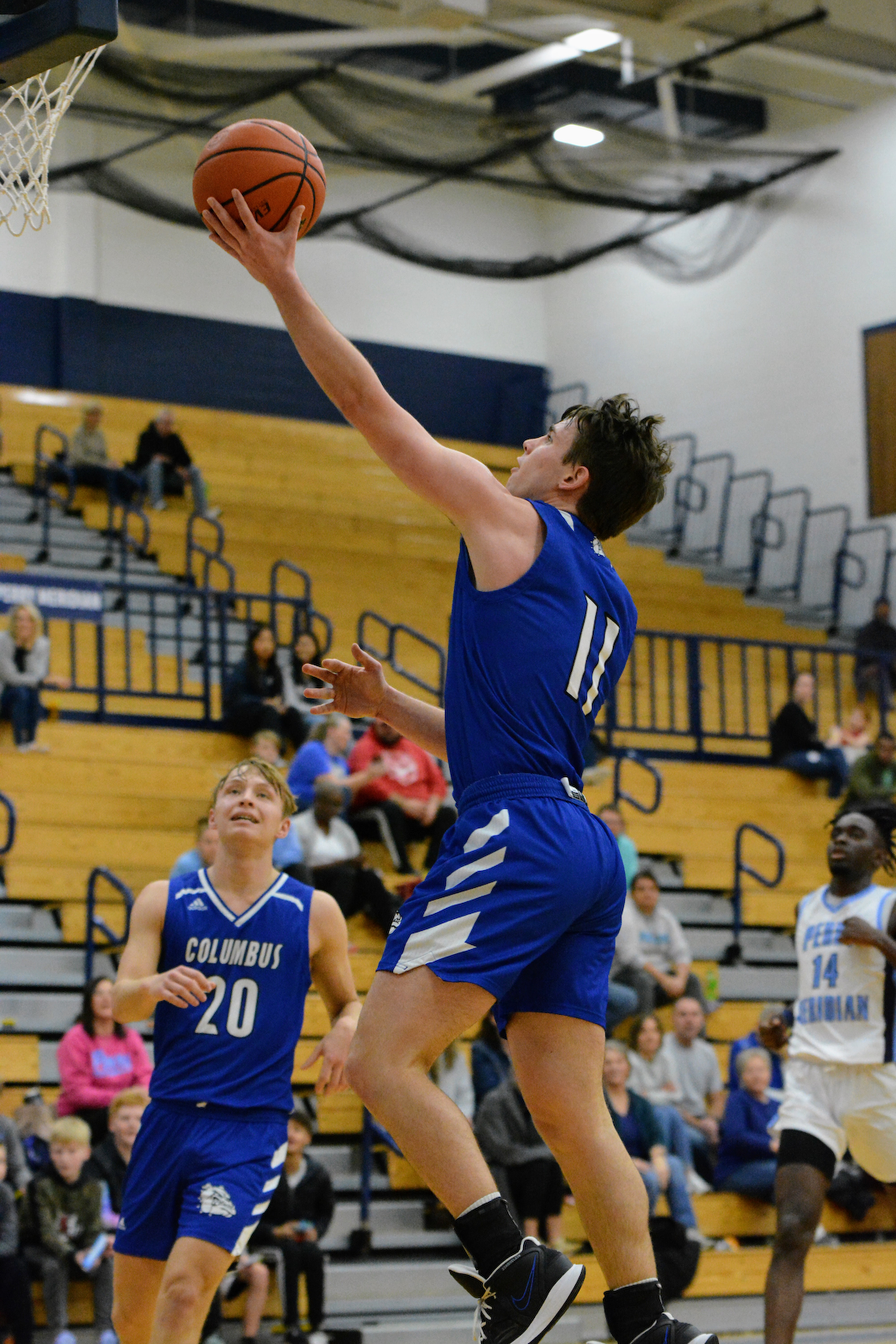 January 21, 2023 - The Columbus North Bull Dogs boys basketball team dominated all four quarters at Perry Meridian, cruising to a 49-26 victory and improving their record to 11-5 for the season. The Bull Dogs held the Falcons scoreless in the second quarter, building a 29-9 lead at the break. The Falcons showed a little life in the third quarter, but the outcome had already been decided as the Bull Dogs had four players score eight points or more, including Ty Ferguson’s game-high 16 points. North knocked down four three-point goals and were 5-for-7 from the free throw line. Columbus North swept the two early games at Perry Meridian as well. Caleb Ferguson had twelve points and Ben Ferguson added eleven leading the JV team (12-1) to a 35-26 victory. The freshman Bull Dogs won their 13th straight game with their 40-25 victory over the Falcons in the other early game. Mason Acton had 13 points and Anderson Horn chipped in ten for the Bull Dogs. The freshmen will travel to Center Grove Monday evening before all three teams play host to Conference Indiana opponent Southport on Friday, January 27. Photo: Ty Ferguson had 16 points in a 49-26 victory over Perry Meridian. The Bull Dogs are now 11-5 for the season.