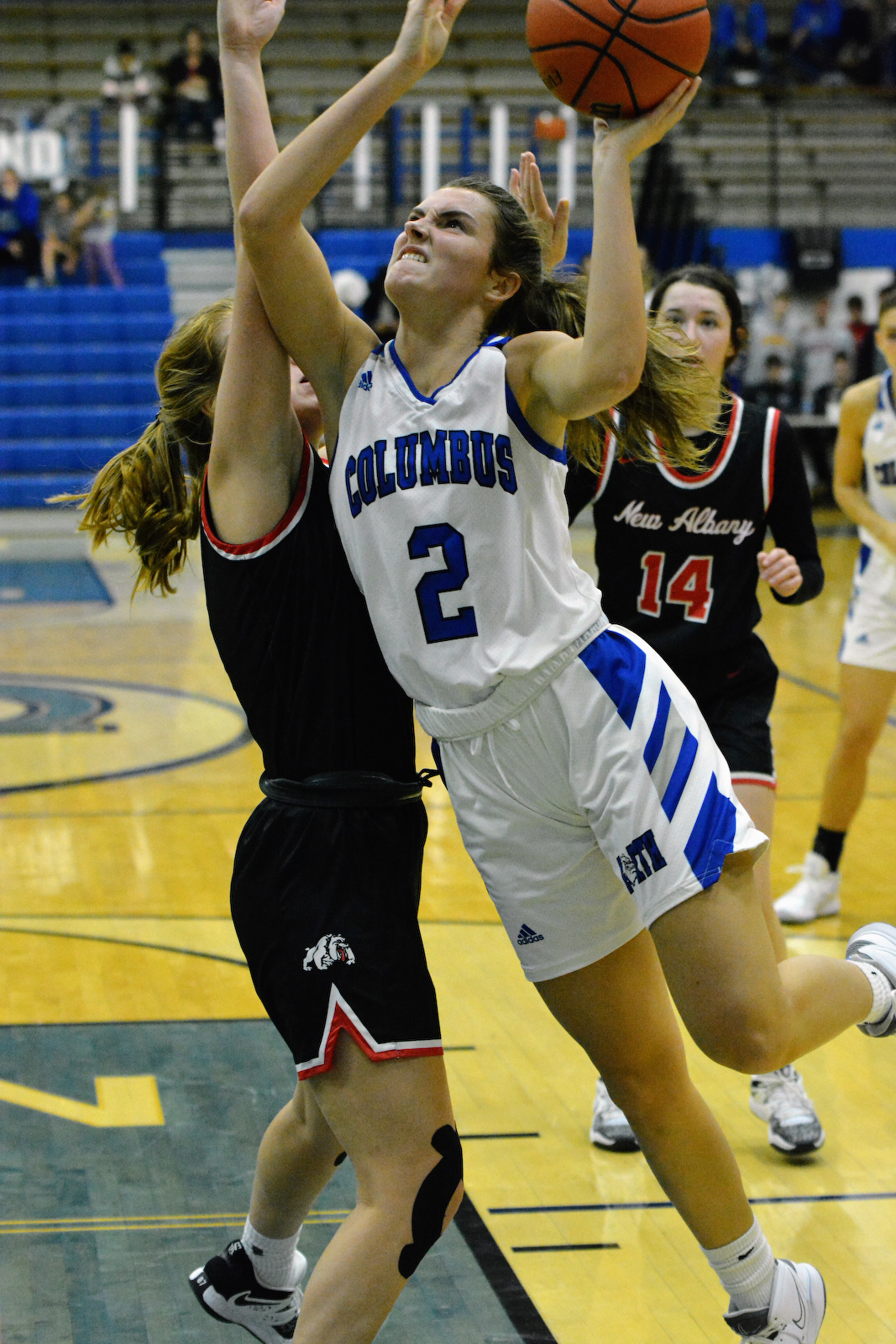 November 18, 2022 - The Columbus North Bull Dogs were back in Memorial Gymnasium on Friday night (Nov 18) hosting the Bulldogs from New Albany in girls basketball action. North used a 32-12 second half advantage to roll to a 61-27 victory, improving to 3-2 for the season. Lauren Barker led all scorers with 17 points, including three of North’s seven three-point baskets. Kathryn Wilson (shown) added nine points, while Elise Preston and Kennedy Horn each contributed eight for Columbus North. The Bull Dogs were 8-for-16 from the free throw line for the game. The JV team started the night with a 45-14 victory, led by Anabell Hunter’s 13 points, twelve from Kenna Conrad, and ten from Anna Halsted. The JV team is now 4-1 for the season. There was no C-team game. Next up for the Bull Dogs will be home matchup with Franklin Central on Tuesday, November 22. JV and C-team games will begin at 6:00 with the varsity to follow at 7:30.