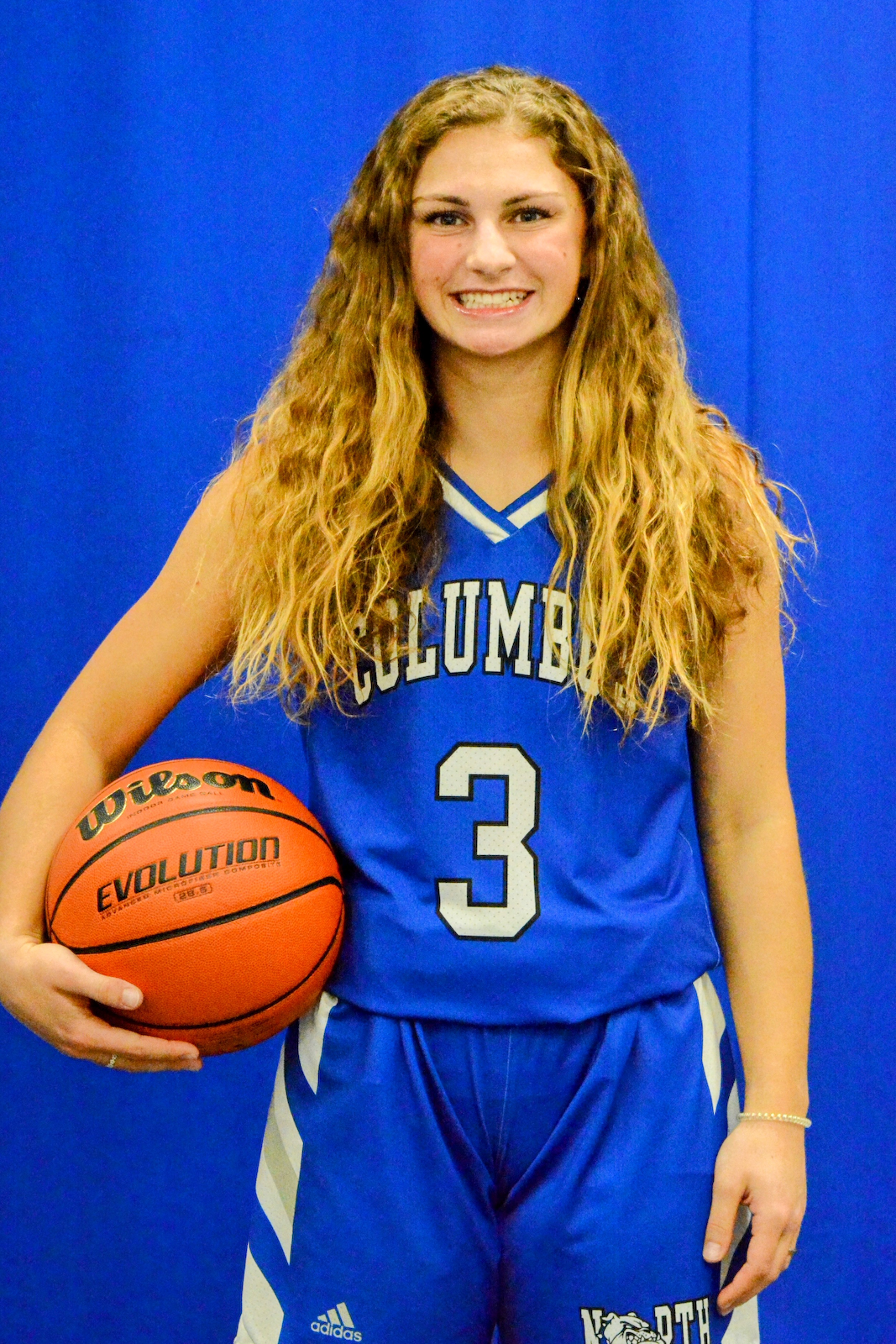 November 22, 2022 - North’s girls basketball team grabbed its fourth straight victory with a 43-39 home victory over Franklin Central on Tuesday evening (November 22). Lauren Barker (shown) contributed 19 points, including 14 in the second half to lead the Dogs. The Bull Dogs trailed 25-11 at the half after a one-point second quarter, but a 32-14 advantage in the second half propelled the Dogs to the victory. Miley McClellan added seven points and Kennedy Horn pitched in six in the winning effort. The Bull Dogs and Flashes split the early games with North winning the C-team game 32-16, led by Allison Kolhouse’s eight points, and Franklin Central got the JV win 35-29. Sydney Johnson had eight points in the JV game. The Bull Dogs will travel to Lawrence North on Saturday afternoon for a JV/varsity doubleheader beginning at 12:00 noon.