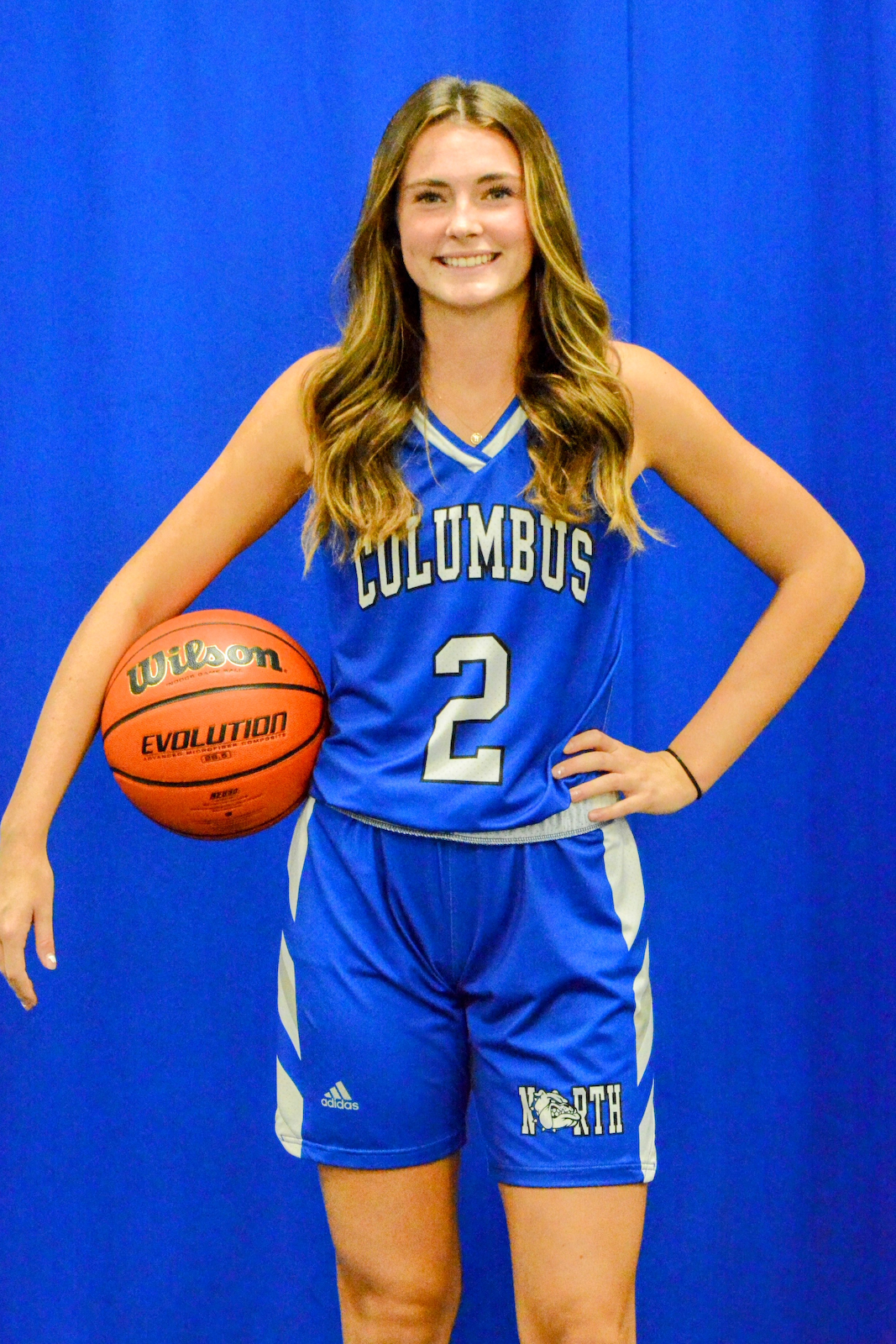 December 3, 2022 - Brett White’s girls basketball team had a four game winning streak snapped last Saturday at Lawrence North, but the Dogs were determined not to let that be the start of a losing streak. A 62-23 Conference Indiana victory at Terre Haute South on Saturday afternoon got the Bull Dogs back on track, improving their season record to 5-3, and most importantly, kept them undefeated in conference play at 2-0. Lauren Barker paced the Bull Dogs with 21 points, 16 of which were in the first half as North built a commanding 46-13 lead. Kathryn Wilson (shown) joined Barker with double digits in the scoring column, pouring in 14, including 4-of-5 from the free throw line. Sydney Johnson led the JV team to a 31-20 victory over the Braves in the early game, scoring a game-high eleven points. Anna Halstead added six points for the Bull Dogs, who improved to 5-3 (2-0). Terre Haute South did not have a C-team. The Columbus North C-team will host Madison on Monday, December 5 at 6:00 before all three teams play host to East Central on Thursday, December 8.