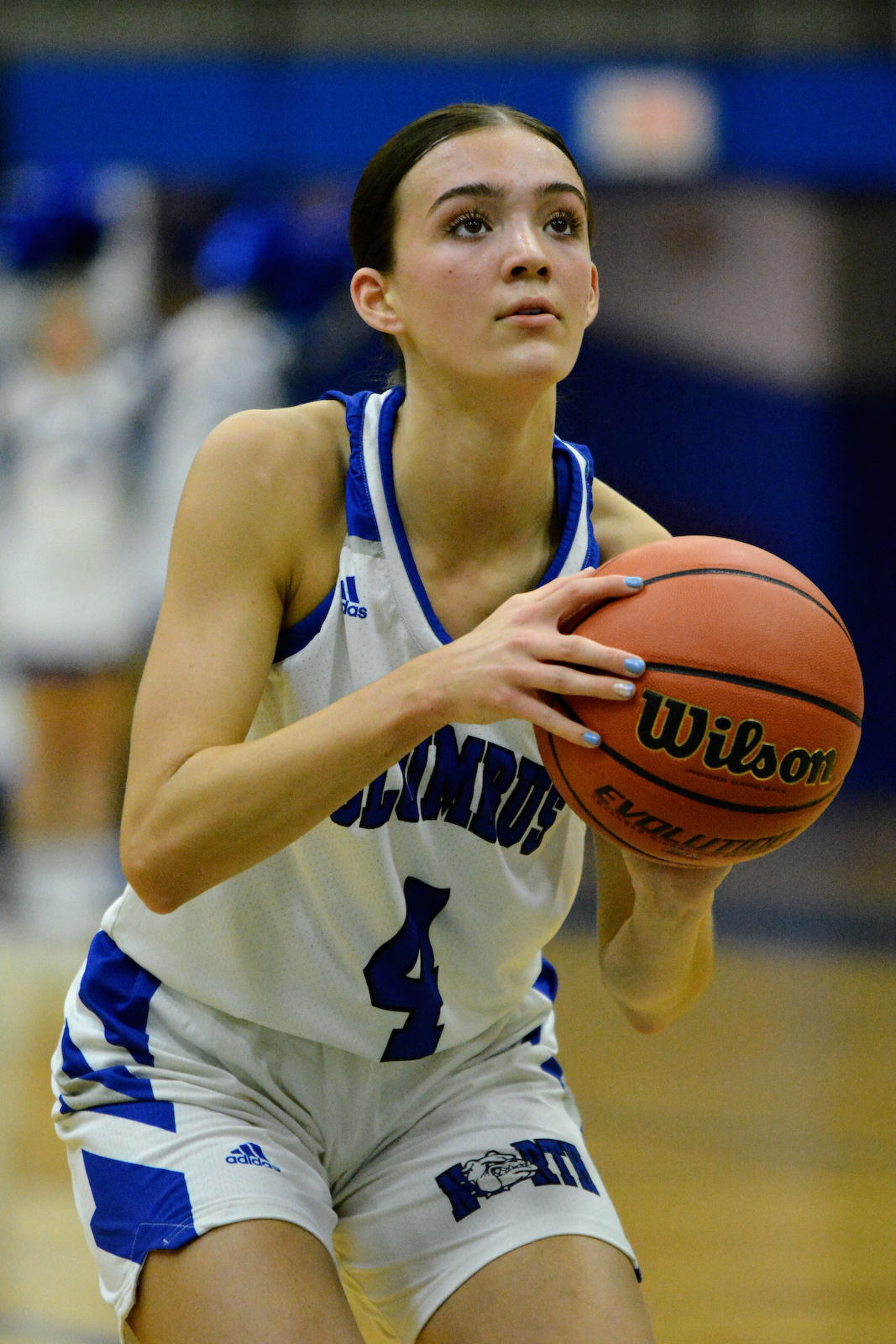 December 9, 2022 - After trailing only 22-19 at half time, the Bull Dogs were outscored 31-16 in the second half and dropped a non-conference game to East Central 53-35. East Central was 16-for-20 from the free throw line and knocked down five three-pointers to pull away from the Bull Dogs. Olivia Johnson (shown) led a balanced scoring attack with eight points, while Emma Long added seven. Lauren Barker and Miley McClellan each chipped in six for Columbus North (5-4). The Bull Dogs swept the two early games over the Trojans. Kenna Conrad and Audrey Nordman each had seven points to lead the Bull Dogs to a 27-18 victory in the JV (6-3) game, while Allison Kolhouse had ten points in a 32-14 C-team (5-1) victory for the Dogs. All three teams will travel to Seymour on Tuesday, December 13 for a non-conference matchup with the Owls. JV and C-team games begin at 6:00.